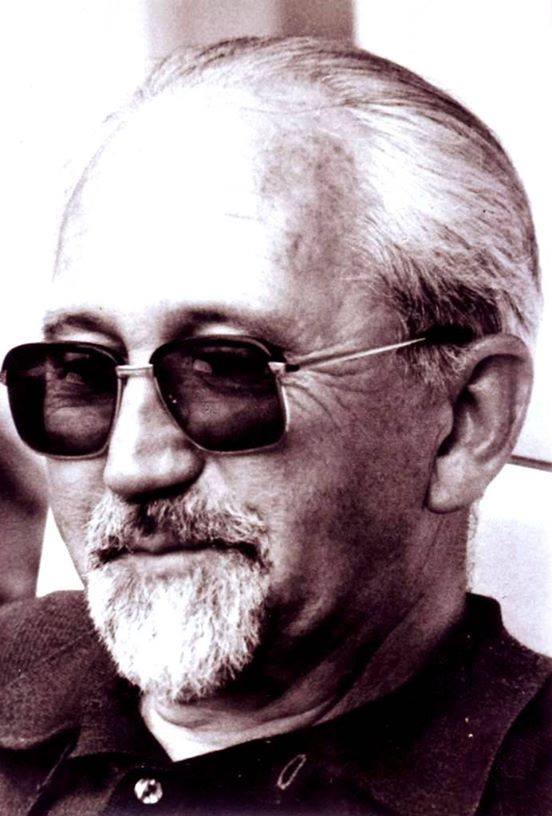 Wim Fasol (1927-1984) was a missionary in Sumatra. He worked there for almost 30 years. A few weeks ago we were contacted by someone from the region on Facebook, who was triggered by the surname we shared with ‘pastor Lisi’, as he was called over there (Licinius was his religious name). What was the case? Turns out they plan to write a book on him, and that they were looking for information about his youth in the Netherlands. There is even a Facebook group (Pembuatan Buku Pastor Licinius Fasol Ginting OFMCap) dedicated to this project. By request of the initiators, Romé Fasol writes about the memories of his brother.

Wim Fasol was born in Valkenswaard on October 25, 1927. In our family, there were six children: Laura, André, Wim, Mia, Tiny en Romé. It was a happy family. André and Wim were named after Andreas Fasol, their paternal grandfather, and Wilhelmus (Wim) Lommers, their maternal grandfather. Their father (Piet) was a teacher for 45 years, and was the principal of a primary school in Valkenswaard. Through his work, but also because of his activities in the community, he was loved by the people of Valkenswaard. Mother (Christien) looked after the house and visited her family and sick people in the neighbourhood. She was there for her children and talked with them about their study and formation. Two of their children were to die young, Mia and Tiny. Two children, André and Wim, felt a calling to commit themselves to their fellow human beings, and became a priest. Laura married Harrie van Els and Romé married Harrie’s sister Tilly. Laura and Harrie had three children: Christianne, Peter and Cécile. Romé and Tilly had two children, Peter and Carola. Laura’s daughter Cécile, as well as our brother in law, Mathieu van Els and his wife Fien, visited Kabanjahe. Mother passed away in 1991, at high age, 96 years old. She spoke to me often about the loss of her young children, and later, about Wim’s passing away.

Wim spent his childhood in the beautiful countryside of the Southern Netherlands. At the time, everybody in Valkenswaard knew each other. My father had a large orchard, where we played as children. When he went to primary school, Wim played ‘Holy Mass’ underneath the veranda of our house. As a young acolyte, he had seen how it was done! We heard him preach tot he flowers in our garden. It went like this, and we, his brothers and sisters, would often listen quietly:

>Once God spoke to Adam
>He was not very nice
>He was so disobedient
>God did not like it! 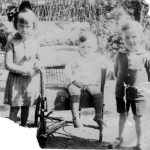 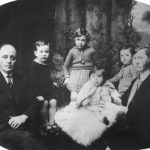 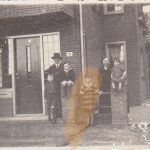 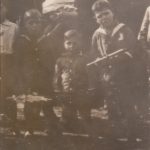 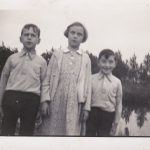 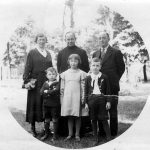 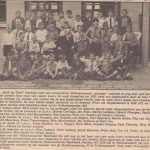 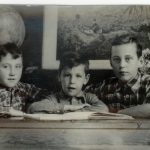 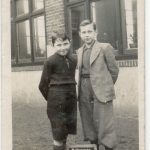 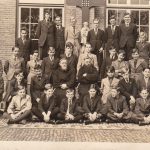 André and Wim decided early on to go tot he seminary. André wanted to be a parrish pastor, and Wim chose to follow Saint Francis and be a Capuchin. Through the attitude of my father and mother towards their choice, their calling is stripped of lofty expectations. It becomes a well-understood task to them: because it is about caring for the sick,  comforting bereaved and giving attention to the lonely. Between André and Wim, a strong friendship and sense of connectedness remained through the years. Later on, Wim was always welcome at André’s presbytery when he was on leave, and of course, also at Laura’s and Romé and Tilly’s house. This bond grew heavily in the time of  the Second World War. In the last days of the war, there were frequent razzia’s, in which the enemy took men to work fort hem. Once, during Sunday Mass, the priest let them flee through the presbytery garden. They found refuge in the house of friends. Beforehand, Wim had hidden his church book, unfindable to his persecutors. As a seven years old child, I watched this scene with large eyes. Of the holidays, I remember that it always was a big party fort he two brothers. I also remember that my father urged them to think well about their future. Not once, but many times, he said tot hem as they left: “The door is always open for you if you choose to come back!” On August 23, 1948 my parents celebrated their 25th marriage anniversary. Wim was not allowed to be present by his abbot. On this day, he was to scrub the cloister floor and detach of worldly affairs! At the time, I could not understand such a thing. Now I do! Then, on August 4, 1954, he was ordinated, with all of us present, by bishop Gratiam Grim. The road to his future had begun!

After a few years of service in the parish work in the city of Nijmegen, Wim’s appointment is announced. For all of his fellow monastics, this is exciting. Will you be just a monastic, a teacher, a parish priest or a missionary? The highest prize is to become a missionary. After this destination is announced, you’re carried through the cloister on the shoulders of your fellow monastics. And so it happened with Wim. Intensive preparations followed. The language, cooking, medical knowledge, driving abilities, medical examinations, etcetera. He writes an academic treatise about the ‘Social problem in Asia and Africa’ (published in the magazine for mission science, 34th volume, 1955). In Valkenswaard grows a tremendous goodwill for Wim. Children hold collections for him, and this continues through the years! Then, the hour of departure arrives. All of us send him off on the quai on the big flag-ship, the Willem Ruijs. In July 1957 he arrives on Borneo. In July 1962 he is appointed in Kabanjahe. Always my mother is there, with every departure. Her two arms are in the air, as if to hug him for a last time.

When he came on vacation for some weeks, he often turned out to have bowel or heart problems. But his strong nature, and his will tu be with his people in Kabanjahe helped him recover. At his last departure, his medical examination results were not good. He kept them from us. His passing in Medan on November 23, 1984 was a very sad occasion. The many witness accounts we received from fellow capuchins prove how much he had been loved. On an occasion where arch bishop Pius Datubara, travelling to Rome, visited our family in Nistelrode, where I had become Mayor meanwhile, my aged mother was there, at his request. With much warmth the bishop embraced her, told her of the fondness of the Karo people and draped her with the most beautiful ‘ulos’-es he had brought with him. He talked about Wim’s appointment in Medan and why he had decided on this. And my mother understood, and embraced him with motherly love.